There haven’t been a lot of miniatures that have really made me go “wow, that looks awesome, I must get one of these” lately. So it was to my surprise that the Imperial Knight rumors came around and a few of the first images leaked, I was pretty pumped.  I pre-ordered one as soon as I could. 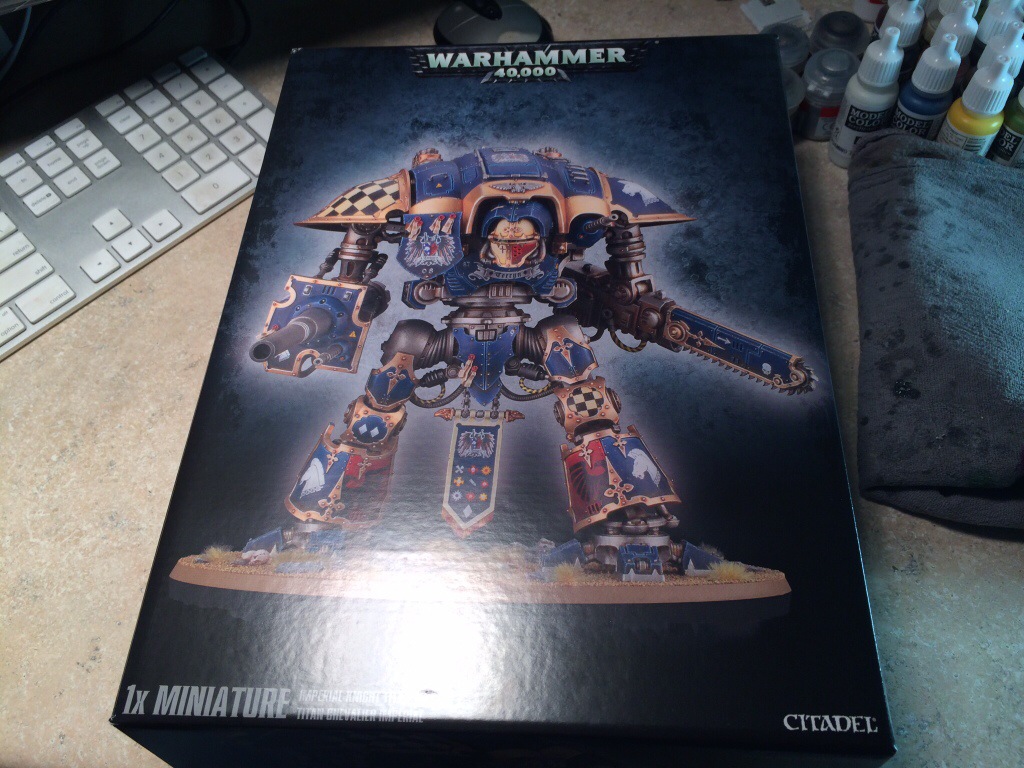 I preordered one and it came later in the week after it was released. It sat around another week before I could even get my hands on it, but now I finally got a chance to start working on it. The three sprues it came packed with are very densely packed, which seems to be a trend with GW’s more recent plastic kits.  These newer kits are also numbered and include instructions, which takes some of the guessing that used to happen with the older plastic kits, a welcome addition for sure. 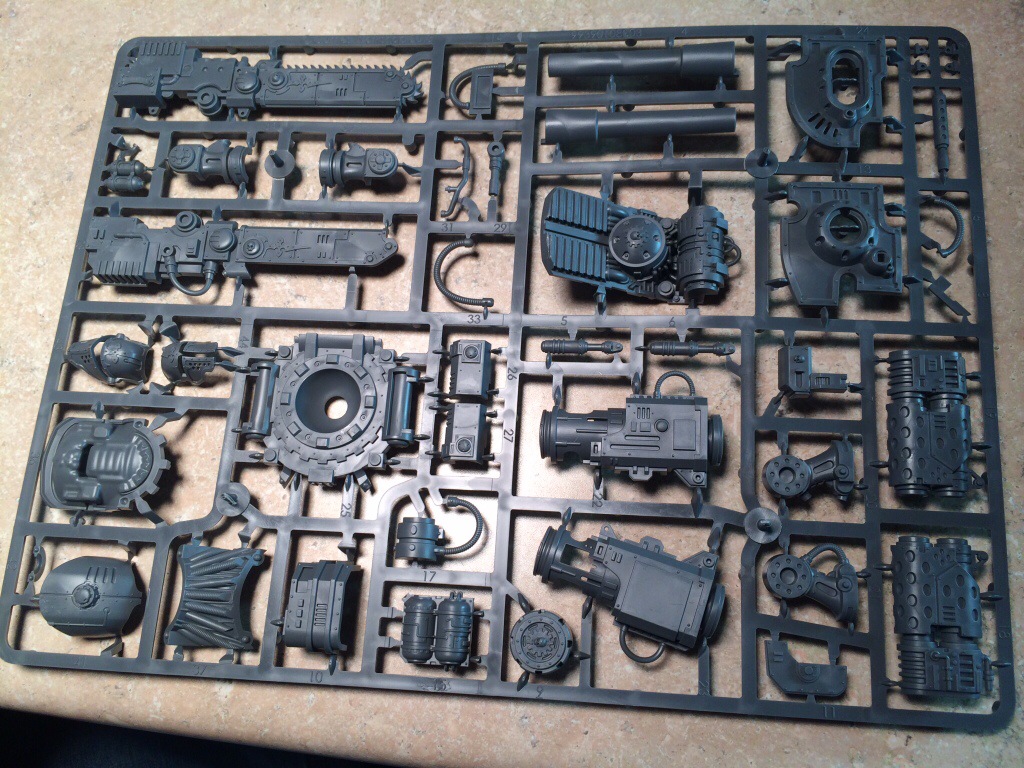 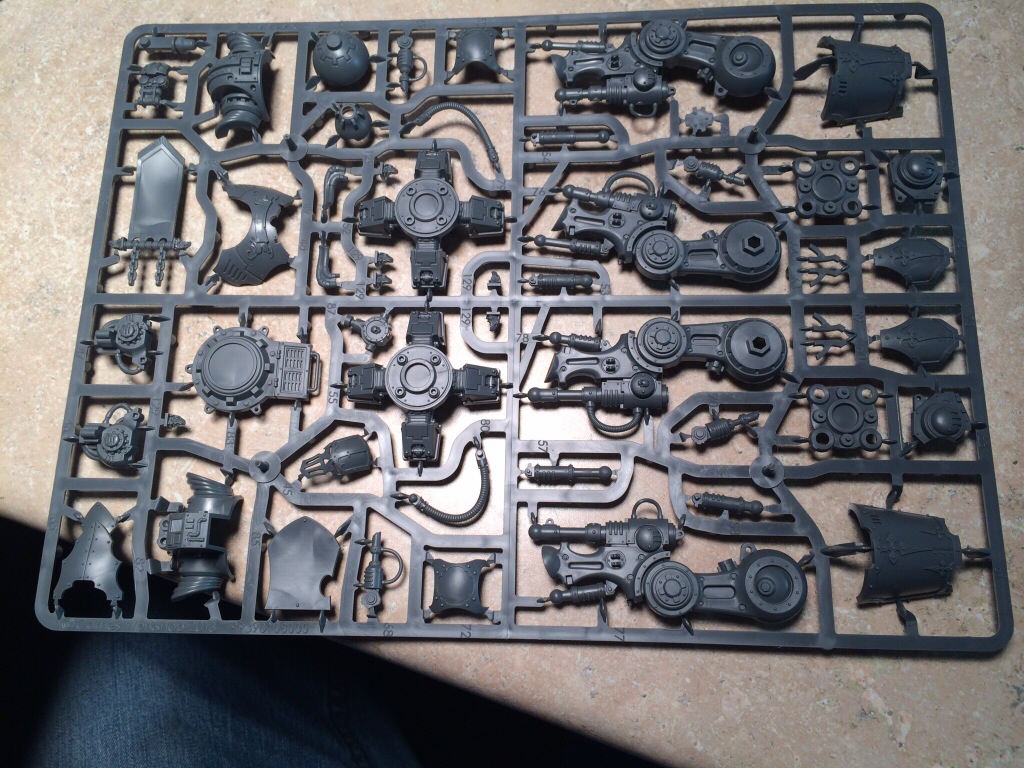 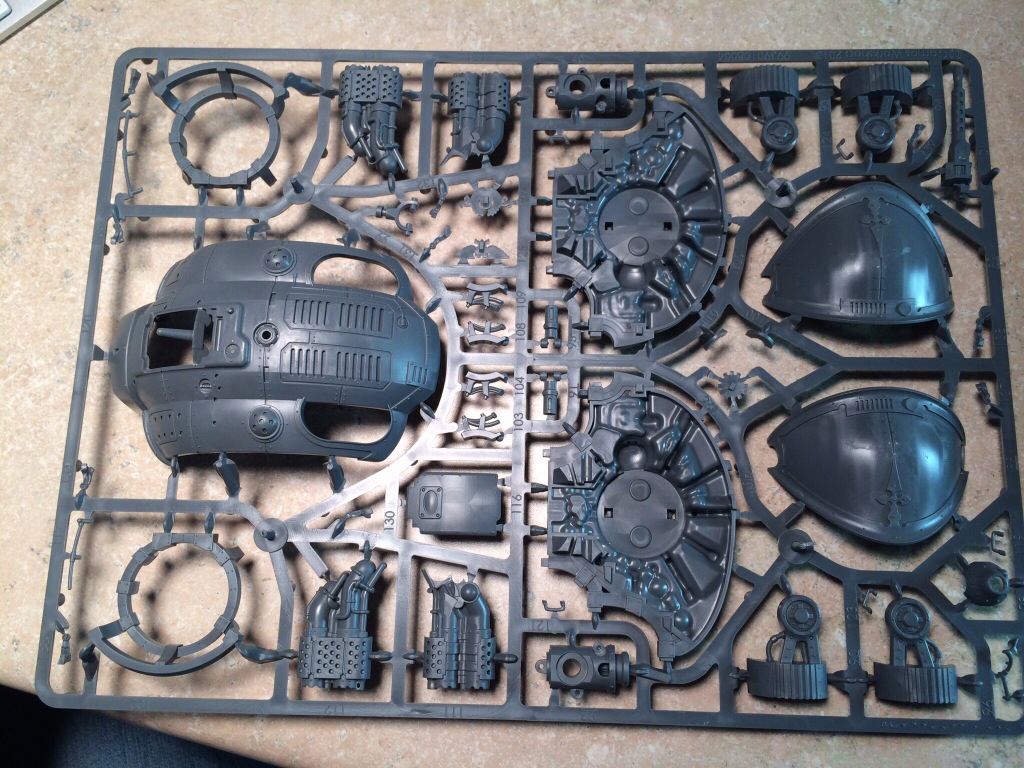 As you can see, each sprue brings a lot of parts to the kit. The kit can be built as either a Knight Errant or a Knight Paladin. There are House marking icons and other various bits that allow you to make it into one of 3 Houses. This is nice, but there isn’t really a whole lot to them and left me wanting for more.

There is a good amount of flexibility in this model, but only from the waist up. One of the bigger disappointments with this kit are related to the legs being fixed. If I had the patience and modeling skills, I think there might be a way to pose the legs with one leg raised / climbing up something, but the effort required outweigh that whole idea very quickly in my opinion. Even with some of the limitations on the plastic side of things they did include this large sheet of transfers to go along with the kit which I think is a welcome addition since they were lacking in terms of plastic equivalents. 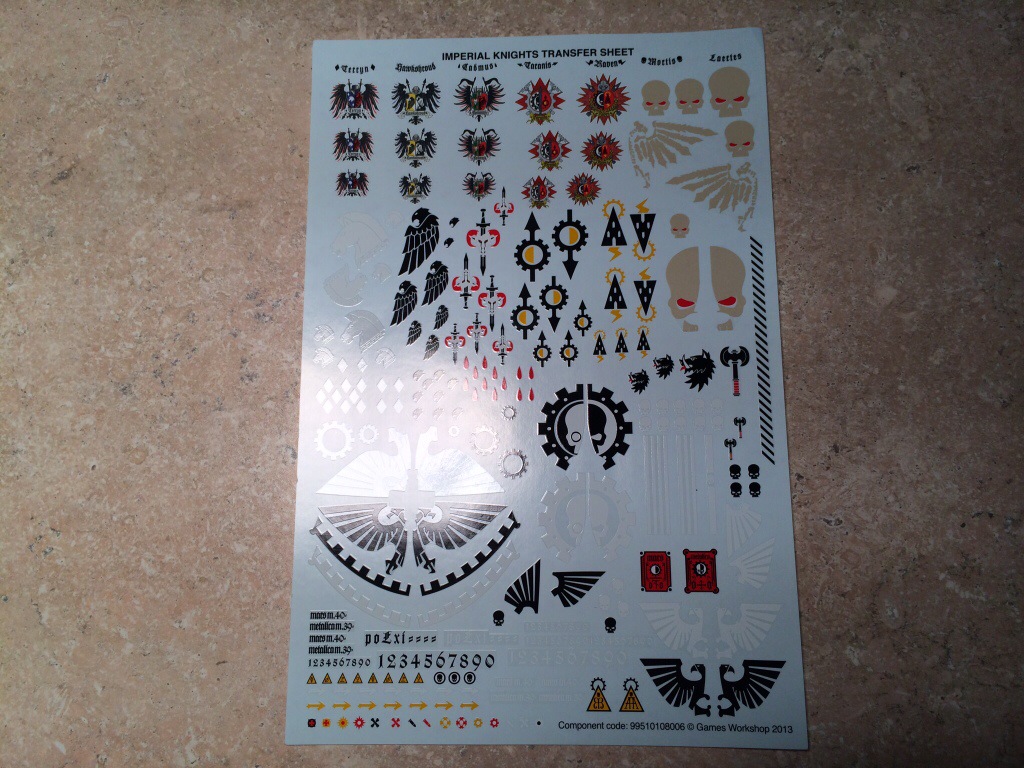 The transfer sheet is great and has a whole bevy of options, it seems like more effort was dropped into this than the plastic portion.

I did evaluate making the weapons magnetized on this kit so it could be both a Paladin or an Errant, but there are so many extra parts included (hoses/canisters) that it really prohibits making both kits from this box set. Again, it could be done, but it’s not worth the amount of hacking up you’d have to do to accomplish it. 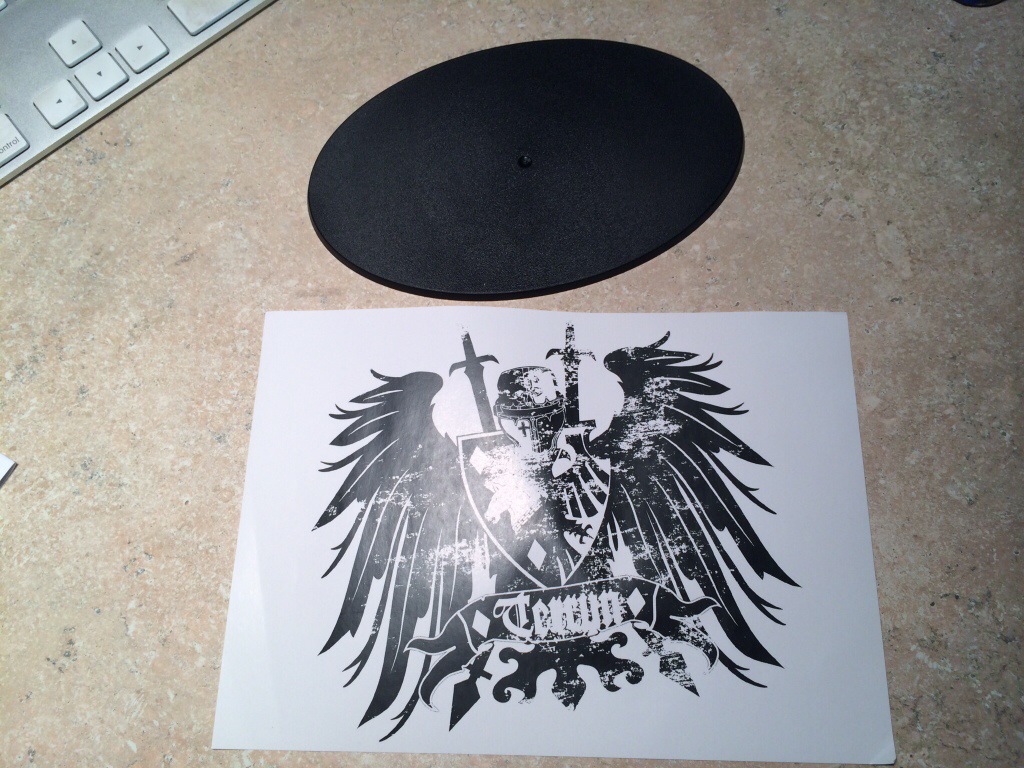 The base is huge, I think its the largest one that GW produces, since it’s a giant robot, it’s fitting. They also included a decal with the boxset, which seems really odd, but whatever, more stuff should be included considering the cost of the Kit! 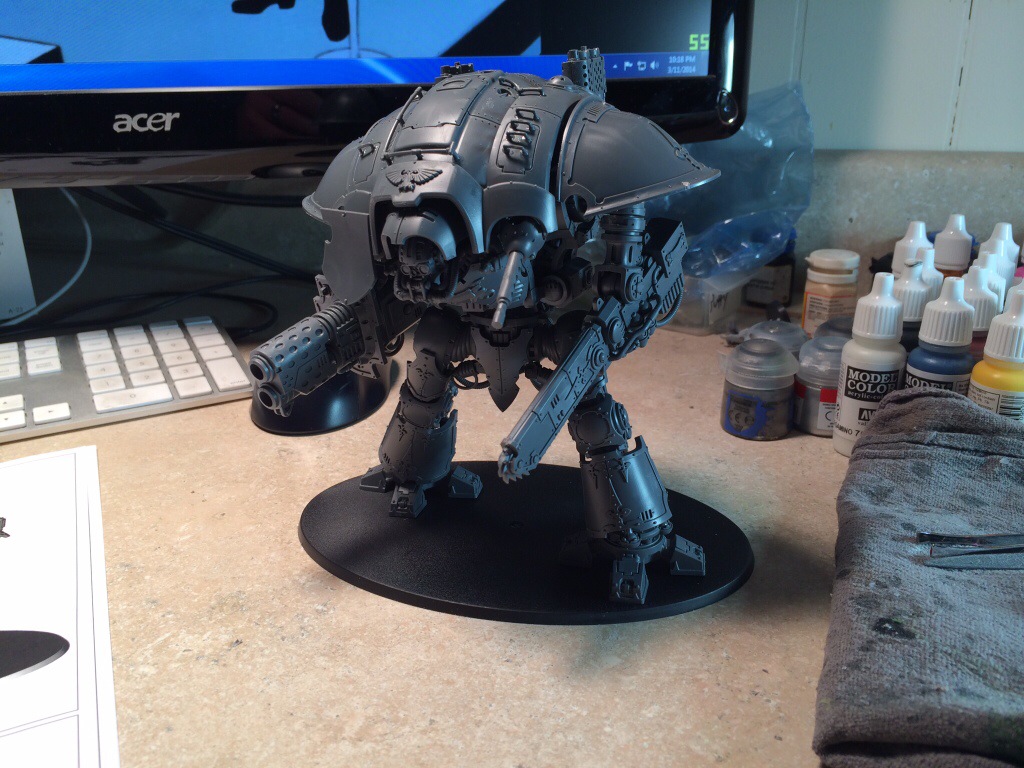 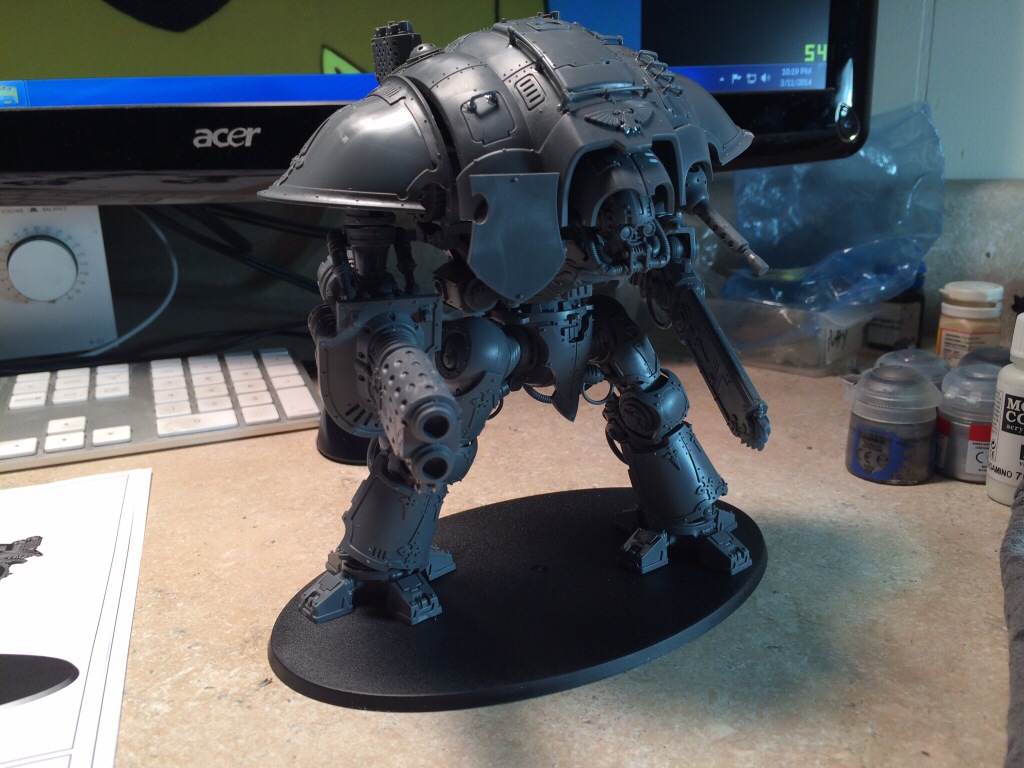 Overall I’m pretty happy with this kit, the part where I can make a whole army out of these guys seems a little strange to me, but I’m more looking to include one with my army over making an army out of them. I was hoping there would at least be some supporting troops to go along with that codex, but it appears as if GW is getting into making more of these small codexes again.