Last weekend I had the opportunity to go out to Madison Wisconsin and play a large game of 40K with 11 other players. The scenario was really neat. 5 tables with 2 starting players a piece. Each table had 2 portals, if you ended your movement within 6″ of either portal you could pick another portal and then roll on a custom Perils of the Warp type table to see what wonderful or horrible thing happened to you. The scenario was won by Xenos, and I took up being tied for last with the opposing Tyranid player, which for me, I thought was pretty good. I rarely get to play against Tyranids, they have some amazing units, one of which is a Mawloc, which had devastating effects on my army, but was a very cool unit to say the least. 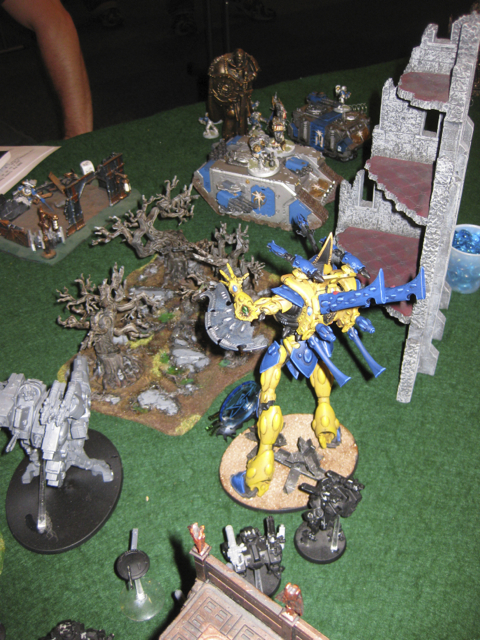